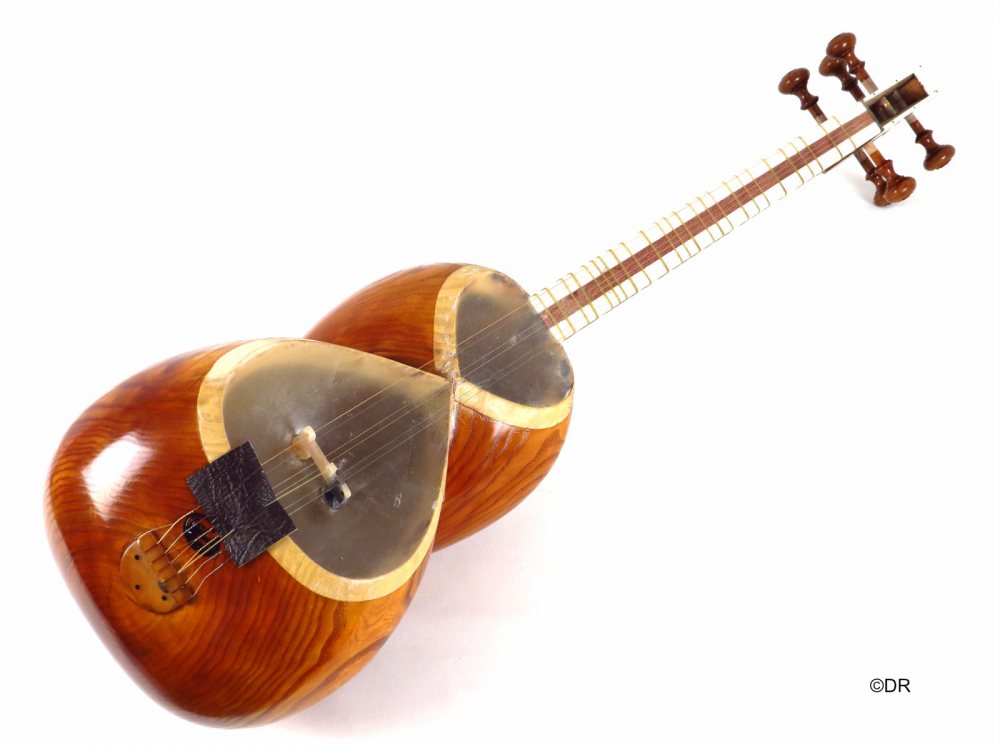 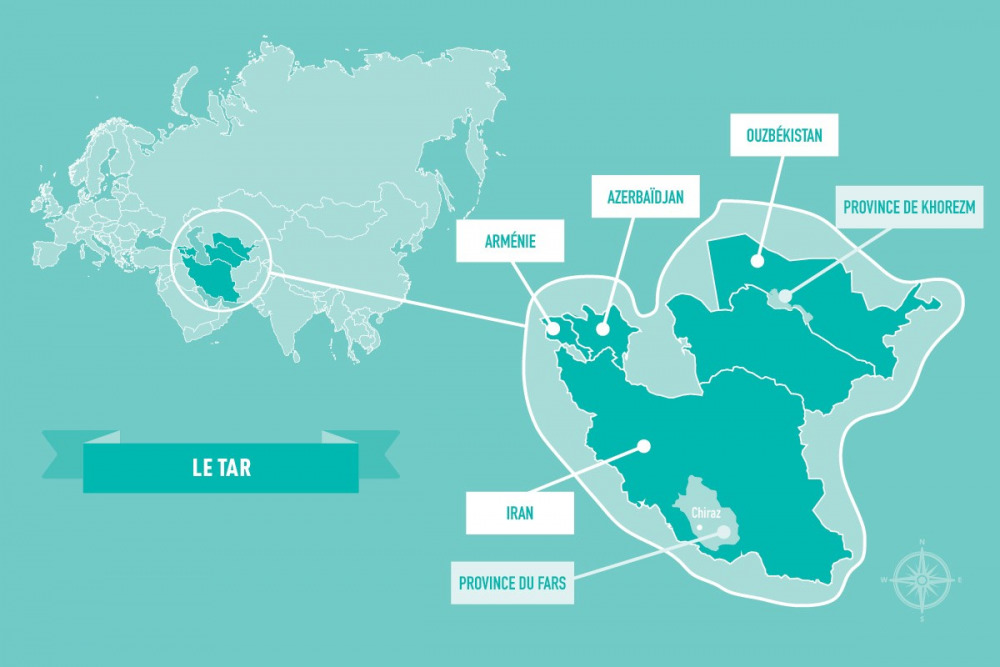 The târ (in Persian; known as tar in Azerbaijan) is a long-handled lute from the rabâb family. It is the main instrument of art music from Azerbaijan, Armenia and Iran.

This long-necked lute has a parchemin covered body as a soundboard. It probably saw the light of day in Fars (Chirâz) in the 18th century under the name of chahârtâr (4 strings, still in use in Afghanistan).

The handle of the rabâb or shidirghu from which it came stretched out and the upper part of the body was covered with skin instead of wood, while it took on a rounded shape. This development likely responded to the introduction of metal strings replacing the gut.

The ancient tar, which is still very similar in today's Iranian form, had five strings at the time: a bass, a pair of middle and a pair of trebles. Around 1878 Sadïqjan Asadoghlu gave it its Azerbaijani form, doubled the bass in the high octave, added a low drone, plus two double strings in the high. These three rows of strings, located outside the fingerboard, are only played empty as a drone, taking up a principle characteristic of the rabâb lutes. The melodic strings are, in relative pitch (generally one or two tone below the pitch): do3-do3 / sol2-sol2 / do2-do3. The tuning of the low rank varies between modes. Resonance strings are usually tuned G1 / G3-G3 / and C4-C4. The strings are plucked with a small bakelite plectrum (mezrab). As in the original prototype, the melodies are only played on the first three rows, the additional strings being plucked only empty.

This Caucasian tar (called "Azeri" in Azerbaijan) has a monoxyl mulberry box inscribed in a rectangular parallelepipedon with rounded angles. The soundboard is made of two distinct surfaces covered with a thin and very strong beef pericardium membrane. The neck has 22 movable ligatures covering an octave and a fourth and giving an original scale among all the music of the Middle East, but which is probably the modification of an old scale, under Russian influence.

Due to its bright and powerful sound, compactness and ease of play, Caucasian tar has spread to other musical cultures. It has become the instrument of the Khorezm bards and is played throughout Central Asia, not solo, but to accompany song.

The Iranian tar has hardly spread, but has evolved in a search for the perfection of timbre and forms.